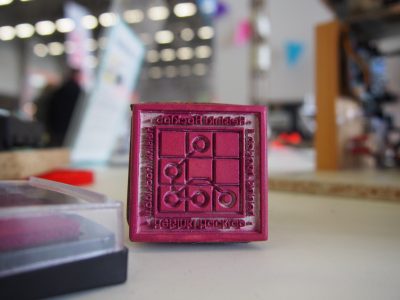 Hacklab closed from November 30 to December 20

The board of Helsinki Hacklab ry follows the latest guidelines of the city authorities and closes the association’s premises for the period recommended by the authorities from 30 November to 20 December 2020. During this time, it is not possible to do personal projects in the lab. Key members have a limited possility to visit the workspace, if there is a need. Use a nose and mouth covering mask if you move indoors. We recommend using an FFP2-level mask if your visit lasts longer.

If you visit the lab during shutdown, report it on Slack/Matrix channel #lockdown.

The autumn meeting of the association will be held completely remotely on 5 of December at 2 p.m. Instructions for participation will be announced closer to the time of the meeting. Key member interviews will be held next time after the turn of the year.We will announce more information before 20.12. based on the instructions of the authorities.

We have received many questions about how to use the space lately. We don’t have a complete list of instructions, but here are some practices we have applied so far during the exceptional opening hours:

Simple questions concerning are asked to be directed in Slack channels and not hallitus/board email. You are welcome to send email concerning about memberships, fees etc. The usual early fall rush hours have started, we have new people visiting and lots of projects going on. This blog post tries to catch up recent months that have been yet uncovered since summer.

This year’s major European hacker camp Chaos Communication Camp 2019 was in Germany, in the same brick factory musem as in 2015. Hacklab.fi was there together with infosec groups TurkuSec, HelSec and others, joining forces under the moniker Salmiakki Village. Just like at SHA2017, the Nordic hackerspaces such as Labitat, Hackeriet and Xil.se, formed a combined tent village Cold North which Salmiakki was a part of. Together, we got a nice spot in the shadows and next to a balcony to get away from the heat of day.

Building a village this size the logistics was split in two batches: Oulu people sent a 3m high fully loaded pallet of mostly personal, networking, electricity and lightning stuff, and Helsinki Hacklab drove a van through the Baltics and Poland [photos] loaded with a party tent, a fridge and lots of other larger items. Most stuff ended up being used and not much was lacking from the load. We’re getting good in this.

Salmiakki village was essentially a party place, but we had also packed some nice light effects, video art and of course salmiakki in different form. The village also was the homebase for Finnish CTF team, which ranked sixth in end results. Big thanks for Ponakka for lending us the sound system, which we hooked up into Rambo’s Technics turntable pair. Sadly we got no permission for a sauna this time (though a pizza oven elsewhere in the area was excused for some reason). We had to regret the unfortunate situation for many people, but the area had high risk of forest fires that time and electricity too scarse. Hopefully this can be fixed next time in the forthcoming IFCAT camp in Netherlands year 2021, like we had at SHA camp.

We had some time to visit Fukusima Sauna in Riga on our return trip. Thanks long time hacklab member Vihannes for hosting us and showing us around. Next time we try to plan ahead so we have time to also try out the sauna itself and see the local makerspace. The Cold North area is going to be developed further with more shared planning, information exchange and other coordination. There is the Nordic mailing list and even a new wiki set up by Hackeriet. For the next camp, the cluster should return even greater than this year!

Woodwork room got some new space after moving the dust vacuum in a different spot outside the room itself. The pipings and hoses that move the dust now have more outlets, which means even hand tools should be easy to attach. The vacuum is now located next to our back door emergency exit on ground floor. Thanks to Depili and Harald for making most of the work.

The mitre saw was changed to a new one, that has a soft start motor and built-in laser guide. Tarmo has worked on a router table, but there is still some work to do and parts to be changed, but it’s looking good already. The wood workshop also got new lights, because the old ones started to crack in pieces when opening the dust cover. There are some new fire extinguishers and quite many old ones here and there, and the wood workshop got an extra first aid kit. We got no instructions to correct anything in the space after a fire inspection took place. Remember to keep the emergency exit area clean of any trash or workpieces.

Helsinki Hacklab made a contract with a local cleaning service and scheduled a cleanup every two weeks, including the meetup room, kitchen, 3D-printing area, toilets and other semi clean rooms, which do not include the woodworking room and metal work rooms. Hopefully this helps us to maintain a tidier hackerspace when the volunteer does not have to start from complete disaster each time they have a need to clean something. After painting the floor in July, the place looks a lot better and the new surface is easier to clean.

Aluminium welding is something quite many people have asked, but due to the difficulty of learning it by yourself, many have hesitated to give it a try. Luckily, Anle knows the processa and promised us to arrange a weekly workshop. The interest in the course was anticipated to be high, so we eventually had to use lottery to choose participants. As of writing this, there are still two lessons left in this course. We cannot yet promise if there will be any repetitions of the course in near future.

The welding course is not the only skill we have teached each other this September. Other tools we’ve given courses in include the metal lathe, laser cutter and various woodworking tools. If any of our members know a skill and want to share knowledge, there is always a possibility to have either small introductions, recurring lessons or even weekend long intensive workshops.

We paint the floors in lecture room, kitchen and 3D printing room, which means that there is either no access or no easy access to most parts of the lab (kitchen, toilets, machining room etc.) plus there is pungent paint smell everywhere. Also we need to move stuff away from painted area to other rooms, making them possibly difficult to use.

Please avoid using the lab if possible, until we can announce the place usable for working again. The job is done by our volunteers, reply in discourse forum if you can help us.

We previously had situations of unprocessed applications from applicants we never met in person or never replied us back, or that accepted new key members had to wait for their key too long. As previously, Hacklab always interviews all new key member applicants. We decided to cut out the extraneous application form, skip straight to the interview part, and promise all applicants that they get their key immediately after a successful interview. This model sort of copies from Stockholm Makerspace.

Apply for key events coincide with board member meetings, which are currently held on second Monday each month, with exceptions during summer/holiday seasons and possible extra meetings every now and then.

Key members are crucial for our club’s existence! We couldn’t afford our rent without all our great key members, who sponsor us paying a monthly key fee. If you’re interested in 24h access in Helsinki Hacklab with benefit of own storage boxes – plus helping us making our activities possible – we highly recommend getting yourself a key! Helsinki Hacklab does not receive or rely on any regular sponsorship from outside sources, so it’s really up to us to run the place together.

The new board of the organisation has yet not assembled this year, and neither has handled any new member applications. If you have an application in, and not yet received any confirmation, you are welcome to join our happenings without having to wait us to handle the application first.

Due to technical problems, we have not yet been able to send membership fee messages this year. Please wait for your payment info until we have fixed the issue.

Hacklab.fi has a booth in Disobey 2019. Come visit us and make/break stuff!

Here’s a small photo collection of laser cut things made at Helsinki Hacklab this December. The new laser cutter proved to be a great gift making tool.

There are still some days left for making DIY gifts at the hackerspace, especially with the new laser cutter!