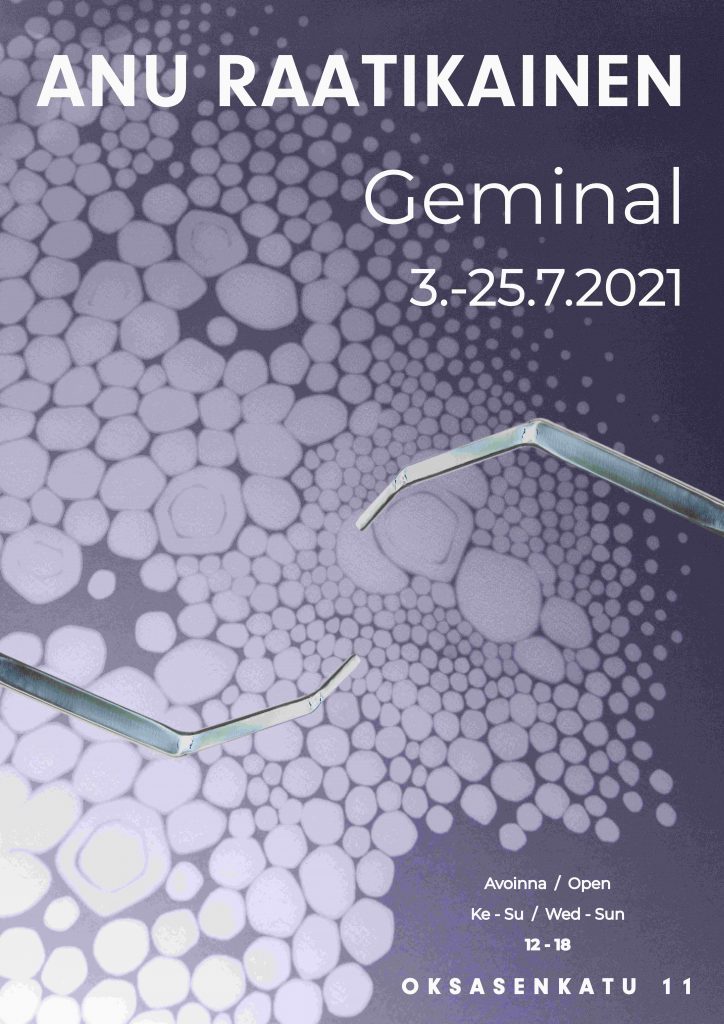 Oksasenkatu 11 –gallery, Helsinki
From 3 to 25 July 2021.
The exhibition is open from Wednesday to Sunday 12-18 and by appointment.
Facebook events

The symbolism of twins (lat. gemini) involves the idea of two intertwined or interacting halves, which, however, retain their separation. Geminity means similarity, from sharing the same characteristics all the way to being identical. Similarity can be based on a division into two from the same origin or on similar starting conditions. The symbolism of pairs and twins involves a tension or a connection between the two, a connection which flows as an invisible bond between the pair.

A two-symbol system of ones and zeros flows inside the microcontrollers. Light flows between the two – sometimes in waves, sometimes in particles. The downstairs interactive work combining light and sound has been created in collaboration with Heikki Salminen. The sound world of the exhibition is created by curator Julius Valve.